At musikprotokoll, Llull's conception is reinterpreted into an interactive sound installation, a Llullophone that can be seen, heard and operated in the Graz Kunsthaus. 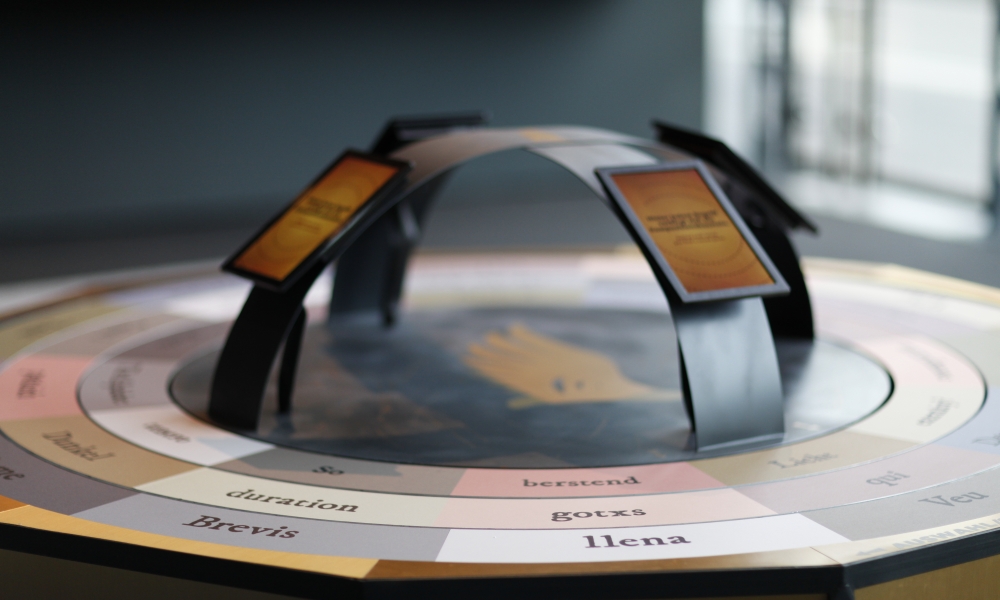 Based on a mediaeval logic machine that can even “prove” God, musikprotokoll builds an interactive sound installation at Kunsthaus. Vokalensemble NOVA deploys the Llullophone in order to marry very old with very new music.

“Die Logik der Engel” is distant vocal music from the 13th and 14th century, is miniature premieres from the here and now in a cabinet of mirrors. The basis of this fascinating journey back in time with six male voices, is an idea devised by Majorcan philosopher and theologian Ramon Llull who died 700 years ago. In his book “Ars magna” Llull describes a logic machine said to be able to distinguish between truth and lie. By rotating three mechanical disks, it was possible to combine concepts so as to form sentences supposed to serve as proof of God. Mathematicians and philosophers such as G.W. Leibniz (1646–1716) made reference to Llull’s logic machine, and modern computer science sees it as an early “generative system”, a precursor to modern computer systems based on algorithms. At musikprotokoll, Llull’s conception is reinterpreted in the form of an interactive sound installation, a Llullophone that can be viewed, heard and operated at Kunsthaus Graz.

A co-production of Kunsthaus Graz and musikprotokoll im steirischen herbst. In cooperation with the OÖ Kulturquartier Linz (Höhenrausch).